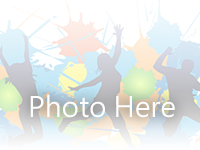 The series follows the surreal adventures of

a cow, named Cow, and her chicken brother,

named Chicken. They are often antagonized

by "The Red Guy", who poses as various

characters to scam them.
Chicken (voiced by Charlie Adler) —

mean to his younger sister, and even to the

rest of the family. He has a powerful ego,

but in spite of this, a powerful conscience

(usually only displayed when Cow is in

danger). He is more intelligent (and sane)

than most characters, and his selfish

actions can actually come to others help.
Cow (voiced by Charlie Adler) — Chicken's

7-year-old sister. She is usually depicted

with low intelligence and childlike naivety,

and is often blind to her brother's disdain

and carelessness for her. However,

she is better-liked by her peers and has

achieved a wide array of accomplishments

throughout the course of the series.She

He like to torture or scam Cow and Chicken for

reasons never established in the series.

Often, these characters are given pun names related

to the Red Guy's bare posterior and lack of pants,

and sometimes he has been known to disguise

himself as more than one character in the same

episode in order to continue bothering Cow and

Chicken, and sometimes I.R. Baboon and Weasel.
Dad and Mom

They always only show their

no sense that they are the

parent of Chicken and Cow!